An Earthship is a type of passive solar house that is made of both natural and recycled materials (such as earth-filled tires). Michael Reynolds, founder of Earthship Biotecture of Taos, New Mexico, is the originator and he started out experimenting with this type of house design in the 1970’s.

Earthships are intended to be “off-the-grid ready” homes, with minimal reliance on both public utilities and fossil fuels and a high degree of self-sufficiency when it comes to water, heat and electricity.

Earthships have been built or are being built in the US, Canada, Portugal, Spain, France, Belgium, The Netherlands, United Kingdom, Sweden, Denmark, Germany, Estonia and Czech Republic, South Africa, Swaziland, Sierra Leone, Argentina, Belize, and more.

The main feature of the Earthship design is that the walls are built with old tires that are packed with earth. The house is then sheltered by earth on three of four sides to insulate the house, and the fourth side is oriented towards the sun (South in the northern hemisphere) and covered with glazing to capture the suns warmth during the day. 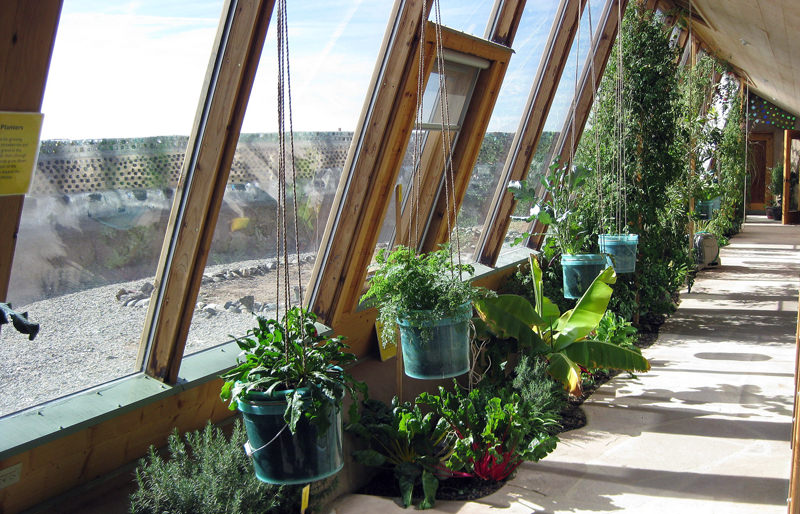 Earthship inside greenhouse. By Amzi Smith (Own work) [CC BY-SA 3.0], via Wikimedia Commons

In the front of the Earthship you can grow one or several rows of crops where you use grey water for irrigation. In that way you create a small natural cycle within the home where you reuse the water. The plants take up carbon dioxide and produce oxygen which, because of the large amount of plants in the house, keep the air fresh. You still need to ventilate every now and then though. 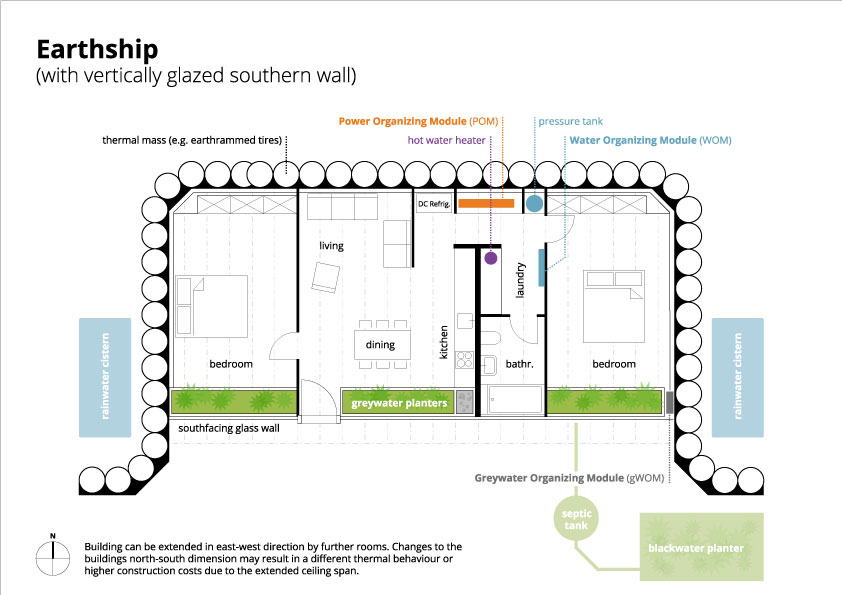 Below you’ll find some of the best resources, videos and tips available online about earthships. If you find it useful then feel free to share this page with your friends.

The family of the editor and production manager of Green Energy Futures, Duncan Kinney, built an Earthship. Here’s how these radically sustainable homes are built and how they work. Read more about it in this article.

Kirsten Dirksen visits the desert mesa of New Mexico, where Tom Duke takes us on a tour of “his home, his original “Earthship survival pod”, the “nest” ($50,000 studio apartment), the “Simple Survival Earthship” (aimed mainly at the developing world), a custom home designed to feed a family of four (including a tilapia pond in the greenhouse) and the “BMW of Earthships”, the “Global” (aimed at the typical American family).”

Have any questions or comments about earthships? We’d love to hear from you below!