And so it moves forward, winter, the fourth and longest season in temperate climates. January becomes February and February becomes March, and for the farmer of old not one day passes without thinking of spring. The farmer longs for the day he or she goes out to the field and sees that ground frost has left the soil.

That barren field might not look like much but the homesteader, that is a caretaker for the soil, knows that the field shall once again turn green and flourish.

Here are some of the things self-reliant people of days past used to do in March in temperate (four season) climates:

One should fell and bring home long rods to be used when growing hops. If you haven’t brought home logs for firewood yet, then this is a good month to finish up and bring home all the logs you need to produce firewood for next winter.

To bring home logs in winter one used special sleds that had short wooden skids, and instead of being clad with iron they had fairly thick secondary skids, also made out of wood, that could be replaced when worn out. 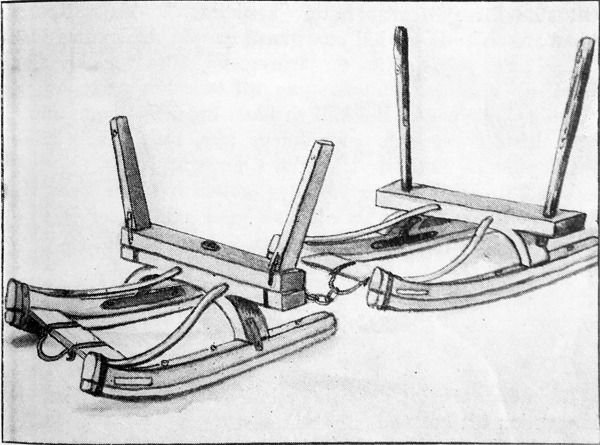 In some locations now is the time to burn woodland, prepare withies, and split and prepare fence posts and material where it’s needed, so that you can fence and close up as soon as the ground frost thaws. 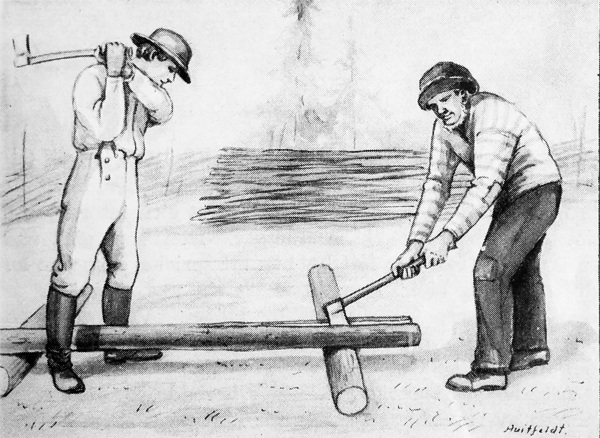 Old timer tip: If you burn the fence posts at the bottom they will have four times the lifespan than unburned fence posts, because they’ll better hold up against rot. If you treat them with tar they’ll be even more durable.

The top of the fence post should also be pointy, another trick to prevent rot.

Firewood production takes time, and the best time to do it is in winter so that the wood has enough time to dry until next winter. 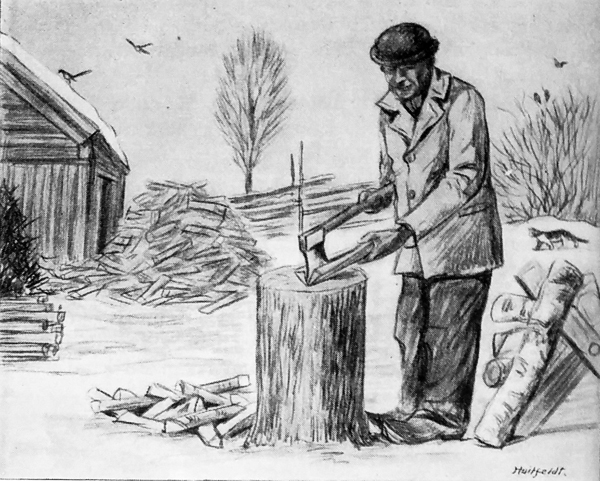 All the bark that’s left from making fence posts and firewood was used as fuel. After all that was the driest part of the tree. Once the firewood- and fence post production was complete, all the bark was collected and then used as fuel in the kitchen.

One should make sure that no standing water is left on the field after the snow has thawed. Old, dry grass on the fields used to be lit up and burnt.

The most important agricultural tools in March was the plow, that was made completely out of wood except for the turntable. Another important tool was the ard plow, which as opposed to a regular plow does not have a turning disc. 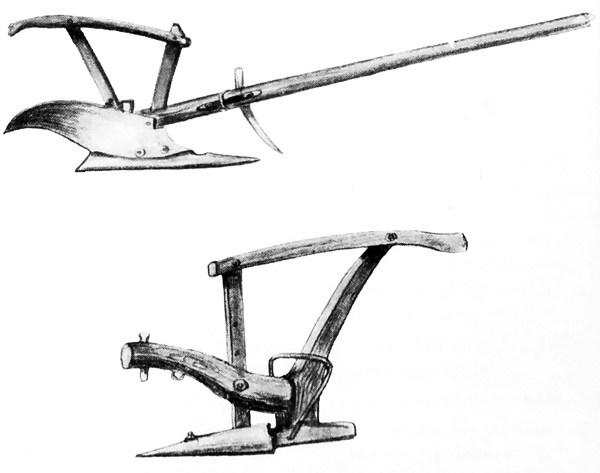 A regular plow (top) and an ard plow (bottom) 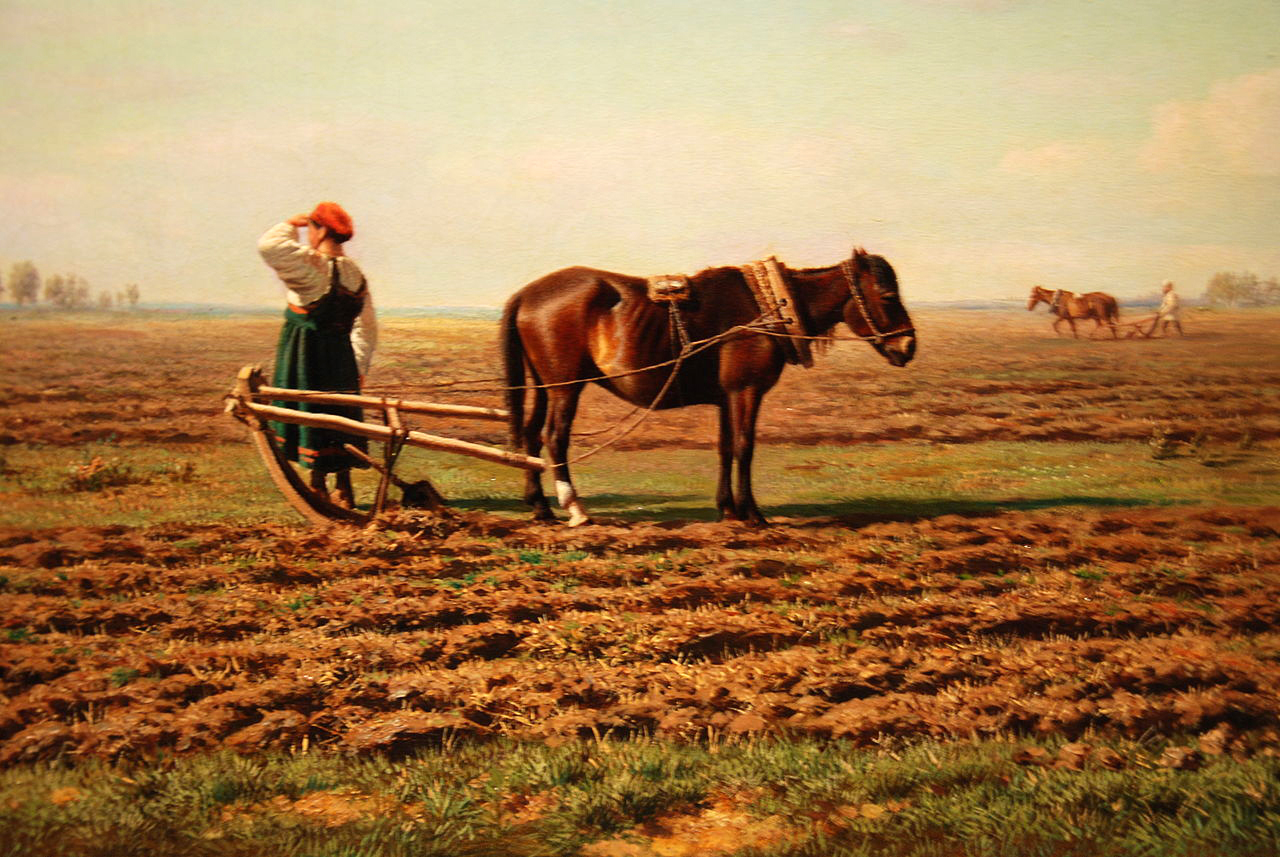 Michial Klodt painting “On the field” from 1871, showing a fork ard plow.

For homesteaders in cooler climates the most common types of harrows were the tine harrow or spike harrow and the spring tine harrow, and later also the disc harrow the chain harrow. Chain harrows are now often used for lighter work such as levelling the tilth or covering seed, while disc harrows are typically used for heavy work, such as following ploughing to break up the sod. 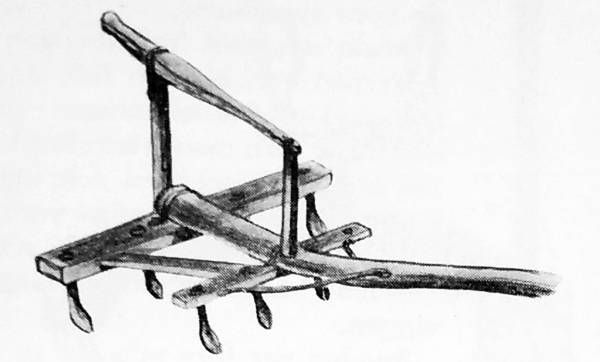 In the kitchen garden mulch should be added to the growing beds. As soon as it gets warmer one should add fertiliser and sow the seeds, but it’s still important to cover everything at night so it’s not damaged by the frost.

An old pitchfork and spade, as they made them in the 1800’s

Two tools you’ll find very useful are the pitchfork and the spade. In their younger years both the pitchfork and the spade were made entirely out of wood. Once iron got cheaper, and people acquired the skills to make stuff out of it, as time passed more and more of the wood was replaced with iron – and here we are today where everything but the handle is made out of iron.

One should prune unwanted branches. Grafting wax and strips should be acquired. Younger trees that are bearing buds should be carefully protected against cold and frost. One way this was done in the old days was to fill a couple of buckets with water and place them around the tree.

In the chicken coop

As for the chickens, you should take care to bring in all the eggs. The coop and nests should be kept well cleaned.

March is a month of fishing. First, boats should be looked over and tarred. Fish-spears and fishing nets should be put in order, so that one can gaff pike in the nighttime. This used to be a usual chore for young boys in areas with suitable fishing conditions.

In March beer should be brewed. A lot of hard liquor was also distilled in March while they had plenty of ice and cold water, because once the warmth of summer came it was too late..

Sow and reap when the time is right,
Till the soil with all your might,
Then blessings will be in your sight