The American groundnut (Apios Americana), or hopniss, is a climbing perennial plant from the woodland edges of North America. It’s related to the peanut and produces new shoots each year from numerous underground tubers, these new shoots twining around any supports they can find.

The tubers were a staple food among many Native American groups within the natural range of the plant. In 1749, the travelling Swedish botanist Peter Kalm writes:

“Hopniss or Hapniss was the Indian name of a wild plant, which they ate at that time… The roots resemble potatoes, and were boiled by the Indians who ate them instead of bread.”

Also, as Hank Shaw of honest-food.net notes, “The American groundnut was an important factor in the survival of the Pilgrims during the first few winters of their settlement.” In 1623 the Pilgrims, “having but a small quantity of corn left,” were “enforced to live on groundnuts… and such other things that the country afforded… and were easily gotten…”. 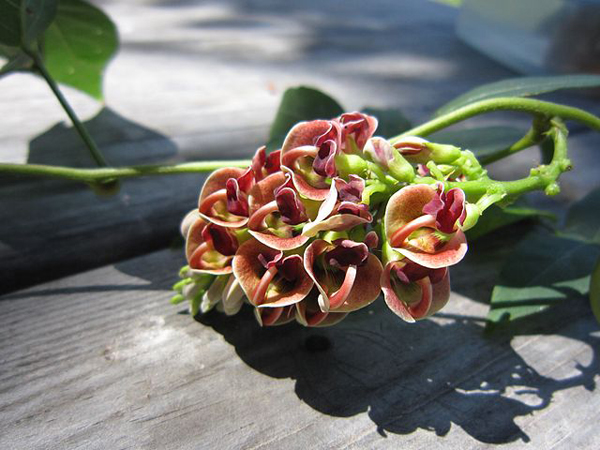 Its natural range is from Southern Canada (including Ontario, Quebec, and New Brunswick) down through Florida and West as far as the border of Colorado.

One of the earliest, if not the first, European references to the american groundnut is from Sir Walter Raleigh’s 1585 voyage to Virginia. His resident scientist, Thomas Harriot, wrote a report about all the potentially useful things he encountered during the voyage in the New World, including:

Openauk, a kind of root of round form, some of the bigness of walnuts, some far greater, which are found in moist & marish grounds growing many together one by another in ropes, or as though they were fastened with a string. Being boiled or sodden they are very good meat…

The plant prefers light dappled shade in its native environment, and can be grown along the sunny edges of a woodland garden. It dislikes windy situations. 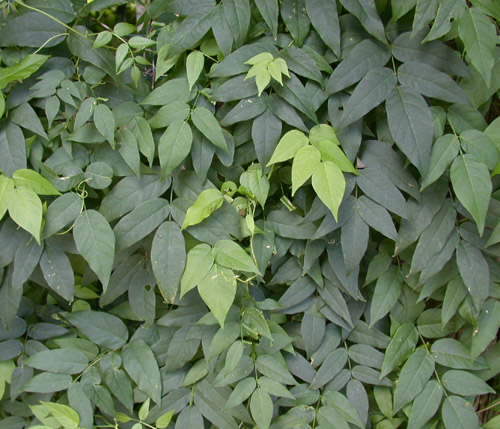 The American Groundnut can be grown from seed or by planting the tubers, and you’ll more often find small tubers for sale rather than seeds.