“It has helped to fatten countless American frontier herds of swine. The American Indian made use of the walnut as food. It has been a food of some importance to the colonial American. For generations gathering black walnut has been a joyful autumn labor of the American country boy, and much rural sociability has centered around apples and walnuts beside the autumn and winter hearth fire.” – J. Russel Smith, Tree Crops: A Permanent Agriculture 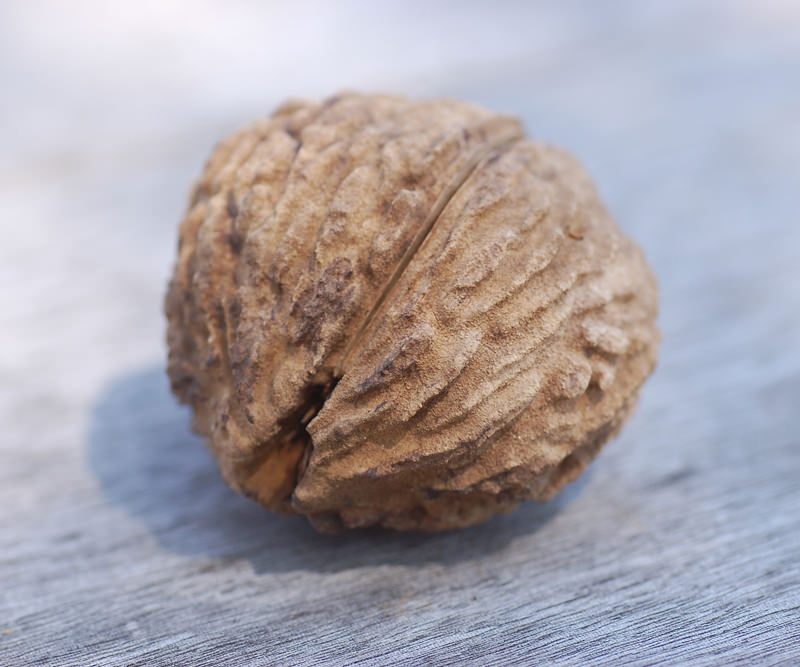 A picture of a nut of the Black Walnut tree. Photo taken at the Chanticleer Garden by Derek Ramsey.

Now, as with some other nut trees, the leaves and roots of the Black Walnut produces juglone, a substance that depress the growth of other nearby plants. Also, the extraction of the kernel from the fruit of the black walnut is difficult because it has the hardest shell of all walnuts.

But the black walnut still has great potential. As J. Russel Smith says in his book Tree Crops: A Permanent Agriculture:

“The American black walnut may become a greater future asset to the human race than its now more appreciated rival, the Persian walnut.”

The black walnut is native to eastern North America, and the size of the territory almost rivals that of corn. According to J. Russel Smith:

“This one single species (juglans nigra) thrives in northern New York and southern Georgia, in north central Wisconsin and south central Texas, and from central Massachusetts to western Kansas, Nebraska, and Oklahoma, with a substantial slice of South Dakota and Minnesota included in its range. Roughly this walnut belt covers most of the Corn Belt, most of the Cotton Belt, and tens of thousands of square miles of Appalachian and other eastern hill country on which no type of agriculture can survive but grass, trees, or terraces.”

It is hardy to -25°C, or USDA zones 4-9 and UK zone 4 and is not frost tender. It likes a deep well-drained loam and a sunny position sheltered from strong winds. 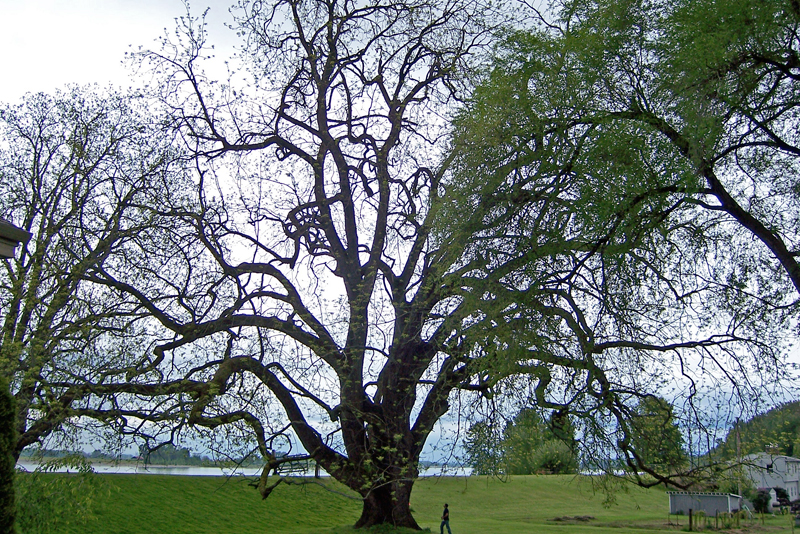 In the long run, if you hold on to your land, planting a grove of black walnut trees can give you and your family shade, nut crops, and valuable timber. Here’s a couple reasons why we like this tree:

The Black Walnut also has medicinal properties. From Plants for a Future:

“The bark and leaves are alterative, anodyne, astringent, blood tonic, detergent, emetic, laxative, pectoral and vermifuge. Especially useful in the treatment of skin diseases, black walnut is of the highest value in curing scrofulous diseases, herpes, eczema etc. An infusion of the bark is used to treat diarrhoea and also to stop the production of milk, though a strong infusion can be emetic. The bark is chewed to allay the pain of toothache and it is also used as a poultice to reduce the pain of headaches. The juice from the fruit husk is applied externally as a treatment for ringworm. The husk is chewed in the treatment of colic and applied as a poultice to inflammations”

The Thomas, the Stabler, and the Ohio, which seems to be midway in qualities between the Stabler and the Thomas, were thought worthy of recommendation for general planting by the Northern Nut Growers’ Association back in 1926.