Buckwheat, belonging to the Fagopyrum species, is a truly versatile plant that excels as a green manure crop, produces edible seeds which can be turned into a gluten-free and tasty flour, attracts bees, and more.

It can produce a seed crop in 100 days from sowing and a crop of leaves in 8 weeks. However, the seed ripens irregularly over a period of several weeks so it is difficult to harvest. 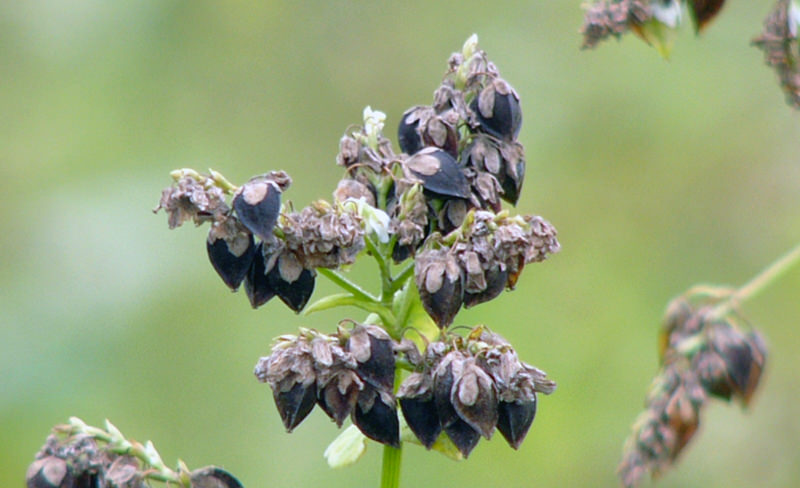 Seeds of the Common Buckwheat (Fagopyrum esculentum) ready for harvest.

Buckwheat likely originates from East or Southeast Asia, and sometime around 6,000 BC, Common Buckwheat was first cultivated, after which it spread west.

The plant is easy to grow and can be grown in both temperate, moist climates as well as dry and arid regions. It prefers a sandy, well-rained soil but can also grow in heavy clay and poor soils. It cannot grow in the shade. 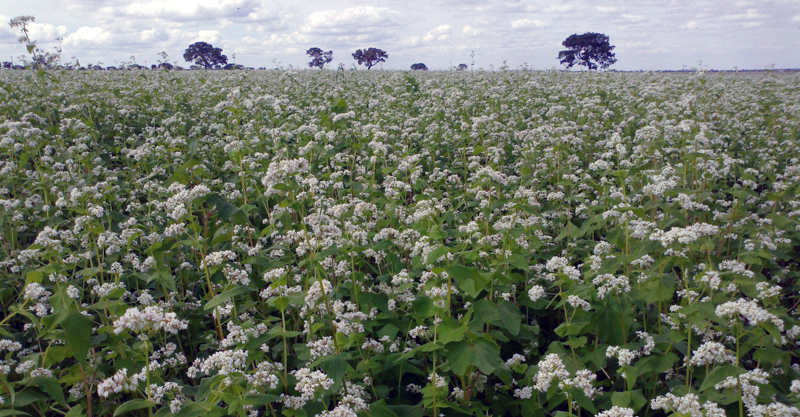 A buckwheat field in full blossom in Central Brazil ( Goiás) in April 2013.

“Buckwheat is a bitter but pleasant tasting herb that is frequently used medicinally because the leaves are a good source of rutin[238]. Rutin is useful in the treatment of a wide range of circulatory problems, it dilates the blood vessels, reduces capillary permeability and lowers blood pressure[238, 254]. The leaves and shoots of flowering plants are acrid, astringent and vasodilator[4, 141, 165]. It is used internally in the treatment of high blood pressure, gout, varicose veins, chilblains, radiation damage etc[4, 141, 165]. It is best used in conjunction with vitamin C since this aids absorption[254]. Often combined with lime flowers (Tilia species), it is a specific treatment for haemorrhage into the retina[254]. The leaves and flowering stems are harvested as the plant begins to flower and are dried for later use[238]. They should be stored in the dark because the active ingredients rapidly degrade in the light[238]. Some caution should be exercised in the use of this herb because it has been known to cause light-sensitive dermatitis[238]. A poultice made from the seeds has been used for restoring the flow of milk in nursing mothers[4]. An infusion of the herb has been used in the treatment of erysipelas (an acute infectious skin disease)[4, 244]. A homeopathic remedy has been made from the leaves[9]. It is used in the treatment of eczema and liver disorders[9].” – Plants for a Future

You should be able to find buckwheat seeds in any well stocked seed catalog. Here are a couple examples: