Hardy Kiwi (Actinidia arguta and Actinidia kolomikta) is a perennial vine that produces berry- or grape-sized fruit similar to kiwifruit in taste and appearance. The vigorous vine can grow to over 100 feet high into trees if allowed.

Often sweeter than the kiwifruit, hardy kiwifruit can be eaten whole and need not be peeled. 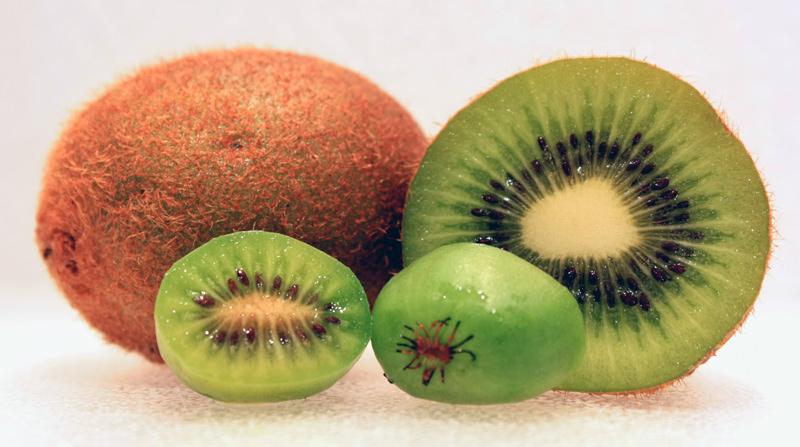 The larger kiwifruit in back compared to the smaller size of the hardy kiwi in front. Photo: Hiperpinguino

Hardy kiwi is native to Russian Siberia, Japan, Korea and Northern China. The fast-growing, climbing vine of Actinidia arguta is very hardy (hence the name hardy kiwi), and is capable of surviving slow temperature drops to -34°C (-30°F), although young shoots can be vulnerable to frost in the spring. Actinidia kolomikta (also called Manchurian gooseberry) is the hardiest species in the genus Actinidia, at least down to about −40 °C (−40 °F) in winter. 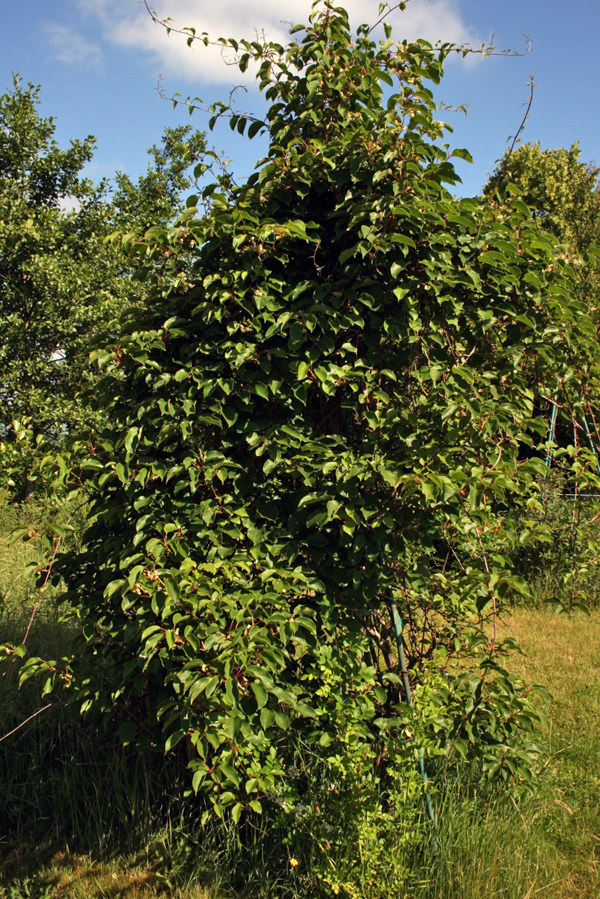 It’s a kiwi for colder climates! What’s not to like about that?

Before you buy keep in mind, because A. arguta and A. kolomikta are dioecious a male pollenizer plant is required for the wild vines and most of the cultivars. You need one male vine for up to eight female vines. Also, watch out for cats. They love to eat the plant!

Make sure you buy A. arguta and A. kolomikta and not A. chinensis which will not survive cold winters.