The hardy yam (Dioscorea batatas / Dioscorea polystachya), also called Chinese yam or cinnamon vine, is a perennial root crop superior to potatoes in many ways that can weight several kilograms.

Most people think of yams as being tropical plants that can’t be grown in temperate climates, but there are a few species that will thrive in colder climates, hardy yam being one of them. This species comes from the mountains of northern Japan and can tolerate temperatures down to about -20°c.

Plants take 3 – 4 years to reach full maturity, though one year roots of well grown plants can weigh more than 500g. The main problem with this plant is harvesting it, you have to dig deep! 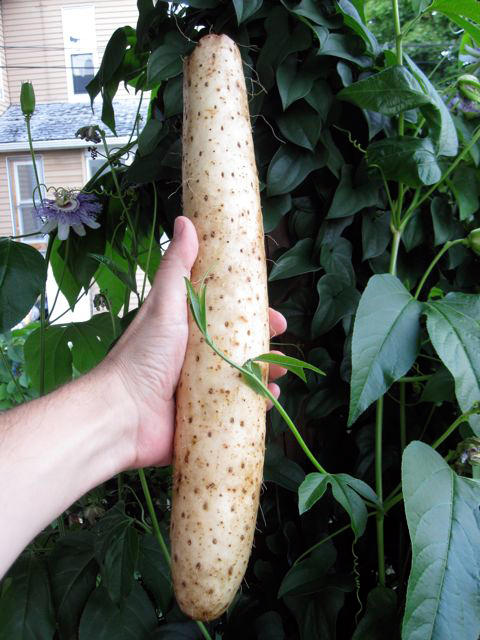 Here’s what the roots look like when grown in deep rich soils in raised beds. Often use removable planks on sides of beds for easy harvest of delicate tubers. From an Asian market in New Haven Connecticut. Photo: Eric Toensmeier

It is native to China, Japan, and Korea, and is naturalized in the central and eastern United States. It’s hardy to USDA zone 4-5 and UK zone 5. It likes a deep, well-drained and moist soil.

The yam can be invasive if left unchecked. It invades and takes over open to shady areas in the Eastern United States and likely similar climate zones. 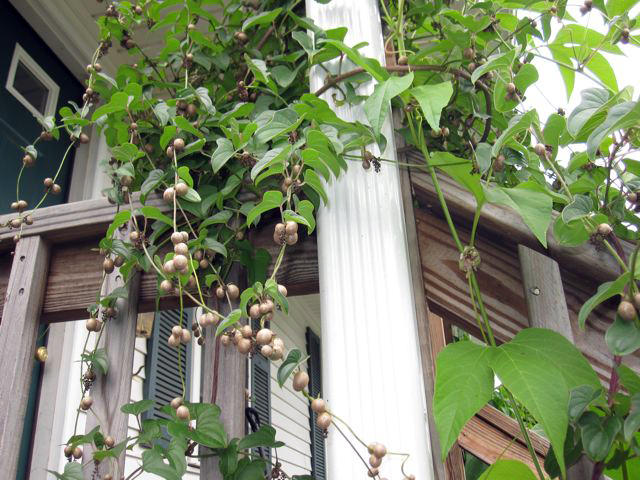 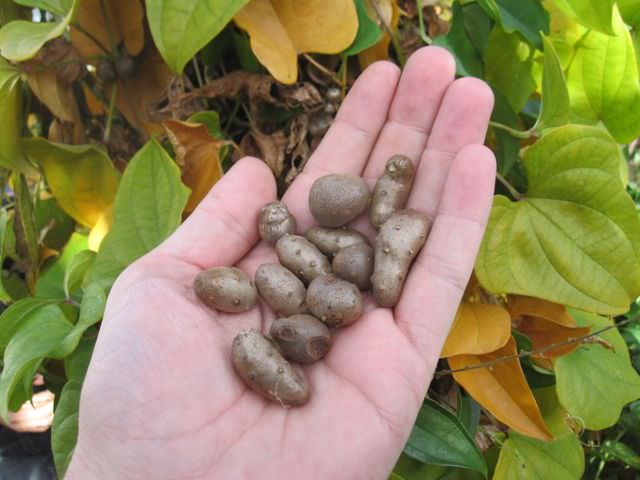