Persimmon trees (genus Diospyros) bears an abundant crop of rich-tasting fruit, and it’s been a major fruit crop in the Orient for many centuries (possibly millennia).

“A pasture tree for the beasts and a kingly fruit for man” is how J. Russel Smith, author of the 1929 classic Tree Crops, so eloquently describes the Persimmon. It’s very harsh and astringent before being ripe, but when it’s just right it has an exquisitely rich flavor.

And Captain John Smith, first explorer of Virginia, declared that the persimmon was as delicious as an “apricock.” 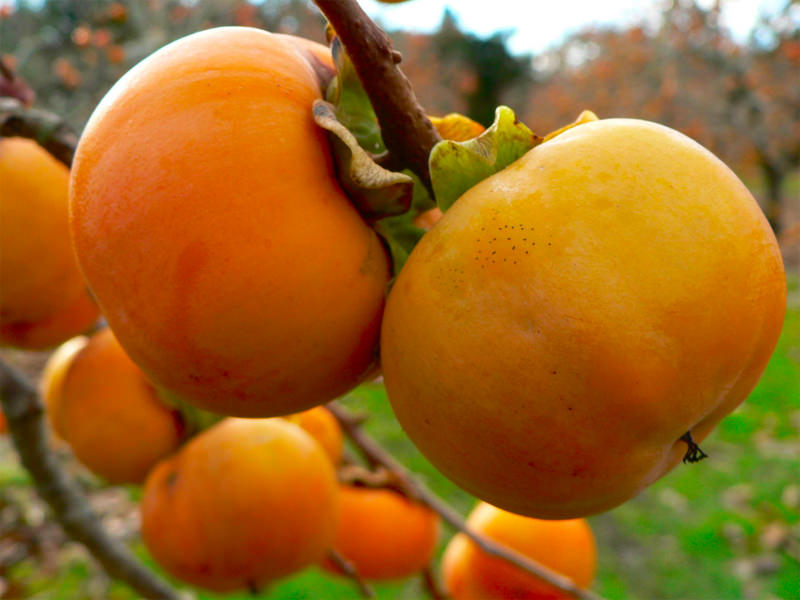 The American persimmon grows on a million square miles of the southeastern part of our country. The trees more cold-hardy than their Asian counterparts making them more suitable for northern growers. It’s hardy to USDA zones 4-8 and UK zone 4.

The Oriental persimmon is a fruit of great climatic range, being a major autumn fruit of both North and South China. As J. Russel Smith mentions in his book:

I have seen the rich orchards bending down with the big fruits in the shadow of the mountain range north of Peking that bears the Great Wall, northern boundary of China. Peking has the latitude of Philadelphia and the climate of Omaha (almost precisely), save possibly some spring changes from hot to cold. I have also seen the Chinese persimmon trees growing abundantly and rendering important food service in the hills of Fukien back of Foochow in the latitude of Palm Beach, Florida.

Here’s why we think the persimmon is worthy of your attention, and worthy of a spot in your garden – with quotes from J. Russel Smith’s classic Tree Crops: A Permanent Agriculture. 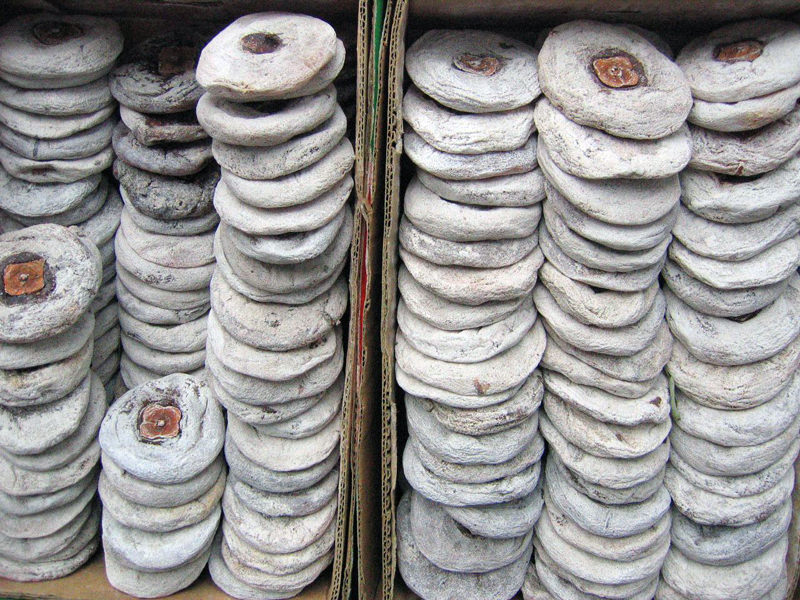 So what’s the future for the persimmon tree? We’d say, it’s what we make of it. The potential to make something great of it sure exists. As J. Russel Smith says:

There should be a corps of men at work right now upon the persimmon. Think of the work involved in finding the dozen best wild parent persimmon trees suited to make a crop series for East Texas, the Ozarks, southern Indiana, central Tennessee, north Florida, central Georgia, eastern North Caro- lina, western North Carolina, central Virginia, southeastern Pennsylvania, Connecticut and Rhode Island, and for extending the range to places where it does not now grow.

The persimmon alone could occupy profitably for many decades the time and resources of an institution with a staff of twenty to forty persons. They could probably produce crops that would rival corn, as well as the apple and the orange.

Got pigs? Then planting mulberries and persimmon on your farm could make a lot of sense. As J. Russel Smith concludes “It should be a nice element of farm management to let the pigs that picked up their own living on mulberries in June and July continue the process with persimmons from September until Christmas or snowfall.”

Here’s where to find persimmon trees and seeds: