Through the annals of time, domesticated dogs have provided myriad benefits for human companions, including the vital job of protecting against the intrusion of animals and people. Generations of dogs going back as far as thousands of years ago have passed down the innate trait of guarding human habitats. Contemporary domesticated dogs have evolved into hunters, trackers, searchers. Modern canines provide numerous health benefits, as well as warn of imminent heart attacks and epileptic seizures. As seniors living in retirement communities can attest, dogs invoke a level of resiliency that keeps the mind and body vigorous. Dogs also enhance the resiliency of human companions that face perilous times.

How a Dog Can Help Strengthen Your Resolve

Preparation for emergencies is not optional, especially during an era of increasing unrest. Training a dog to bolster your resiliency during an emergency makes sense on several fronts.

Canines protect you and your family against human and animal intruders. Many breeds instinctively answer the call to guard your home and property. Where a dog really comes in handy is outside during treks through the backcountry of a remote region. The uncanny sense of smell alerts dogs to far away animal intruders, such as bears, coyotes, and wolves. Dogs also sound the alarm via vociferous barking whenever they detect unwanted visits from human intruders.

During emergencies, you can expect your level of stress to go through the proverbial roof. As a consequence, your blood pressure rapidly rises and the sudden rise damages the heart and other internal organs. Several studies conclude that the mere presence of a canine alleviates high blood pressure. Dogs offer a peace of mind that relaxes you during the most turbulent of times. The peace of mind goes a long way to calming your nerves and allowing you to make well thought out decisions. Canines also issue warnings to alert people of pending danger, whether the danger derives from a health issue or natural catastrophe. Dogs detect the seemingly imperceptible warning signs of a natural calamity and alert their owners of the imminent danger.

The key to preparing for emergencies involves covering all of the bases, especially the bases that require an adept canine that quickly tracks and searches for missing people. By bringing your dog along for a camping trip, you not only ensure the dog spends time outdoors, but also that you have an effective track and search tool in case someone goes missing. Most canine breeds possess the smelling power to find people that have fallen several feet into a mountain crevice covered by avalanche-triggered snow.

Some emergencies require you to find alternative food sources. Power outages cross grocery stores off the list of food sources. Although you have other food source options that include home-canned meats, fruits, and vegetable, the great outdoors supplies a rich bounty of food sources for accomplished hunters. Dogs proficient at hunting wild fowl and game make for indispensable companions during emergencies. The best canine hunting breeds point out potential targets, and retrieve fallen fowl and game. If you and your family must spend considerable time camping during an emergency, a hunting dog is a must have preparedness tool to boost your resilience.

Prepping for an emergency involves creating a list of must have items. Developing a strong resiliency often depends on having the items required to thrive, whenever the power goes out or you must vacate your home. Apply the same principle for creating your dog’s item list. Many dog breeds have the size and sturdy back structure to carry backpacks that hold essential canine food and equipment.

Your dog needs a small food and water bowl. Although it seems harmless to allow your dog to drink from a lake or stream, the negative health consequences of tainted water is not worth the risk. Fill a plastic container with water or store a water filter to clean your dog’s water.

Here are some other must have items on your dog’s preparedness list:

Make sure to microchip your dog. You quickly find your separated dog by tracking the signals emitted from the implanted microchip. Dogs roaming in the wild can break free to chase animals and then find themselves disoriented. Microchips are the most effective way to reunite with your dog during an emergency. 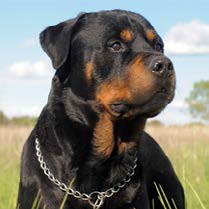 Anyone that has crossed paths with a Rottweiler understands the breed possesses all of the traits necessary to protect you and your family. Breeders trained Rottweilers initially to protect cattle from predators, such as coyotes and wolves. Rottweilers invariably take control of the pack, regardless of the dog breeds within the pack. Once trained properly, Rottweilers demonstrate fierce loyalty to their human companions. The aloofness Rottweilers show towards strangers makes it virtually impossible for the breed to fall for time-tested attempts to get on their good sides. Vociferous barking and an uncanny instinct to intervene before a human companion faces a threat makes the breed top dog on this list. 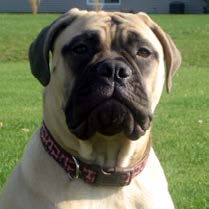 The massive size of the Bullmastiff frequently acts as a deterrent to keep away human and animal threats. Intruders that meet a Bullmastiff should expect to find themselves laid out on the floor or ground. Bullmastiffs possess incredible strength and the breed can knock over a 300-pound man. Superior protection instincts allow the Bullmastiff to discern between potential adversaries and non-threatening people and animals. Loyalty to family makes the Bullmastiff the quintessential guard dog living in a family environment that includes young children. You not only get an aggressive guard dog, but you also get a docile household pet. 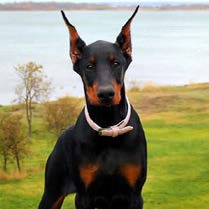 The dog breed made famous on Magnum PI does a great job of guarding large properties. With blazing fast speed and the capability to detect ominous scents hundreds of yards away, this fiercely loyal dog breed is the perfect addition to family camping trips and bug out shelters. Regarded as one of the five most intelligent dog breeds in the world, the Doberman Pinscher exhibits an unmatched level of fearlessness to fight the most aggressive predators. 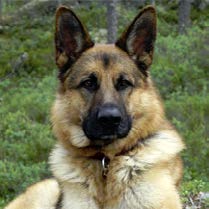 Beneath the affable nature of the German Shepard lies a bold and confident canine that backs down from nothing. The fact that German Shepards remain the favorite dog breed among law enforcement personnel says everything you need to know about the perfect dog breed to ensure you keep your forceful resiliency. A calm demeanor inside of the house immediately changes to guard dog mode, whenever the German Shepard feels an imminent threat to the human pack. 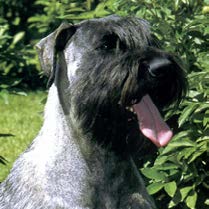 The Giant Schnauzer requires intense training, as well as constant mental and physical stimulation. Strong and powerful, the dominant dog breed thrives outside guarding the home or camping area. The bred intimidates both humans and animals by assuming an attack position and showing a sharp set of teeth. 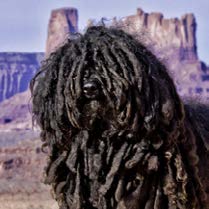 Known for their highly suspicious nature, Pulis remain on constant alert for intruders. Loud barking follows a Puli’s sense that something is out of the norm. The need for constant companionship makes the Puli a better inside guard dog than a dog that roams the property. Pulis offer more than just protection, as the breed enjoys a wide variety of outdoor activities. 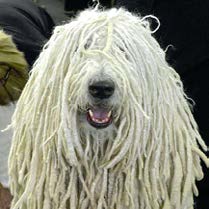 Komondors present one of the best examples of the evolution of a dog breed. For centuries, the Komondor roamed the perimeters of herded sheep to protect the vulnerable animals from predator onslaughts. The innate guard dog mentality now extends to the Komondor’s human pack. Komondors possess unbridled courage against much larger animals and have no fear of human intruders. Powerful strength and unyielding loyalty make the Komondor the perfect dog to have during a crisis. 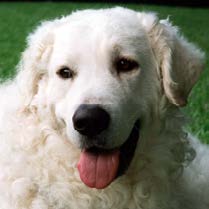 The territorial Kuvasz mistrusts strangers, but loves receiving attention from its human family. Mistrust ensures the guard dog keeps strangers at bay, especially human strangers that awaken the instincts of the Kuvasz to protect its people pack. 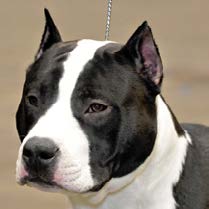 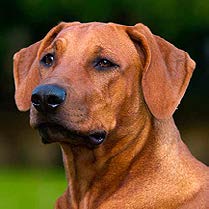 Any canine breed developed to hunt lions has the strong prey nature to address threats from both humans and wild animals. The strong independence demonstrated by the Rhodesian Ridgeback requires handlers to teach the large dog to learn obedience during the puppy years. Rhodesian Ridgebacks are highly selective when they bark, so any alert from this powerful dog needs to be taken seriously.

The Best Dog Breeds for Hunting

The best dog breeds for hunting possess common characteristics. First, hunting dogs must possess a highly developed sense of smell, as most fowl and game lurk beneath the cover of thick vegetation. Accomplished hunting dogs use their keen senses of smell to find fallen fowl and game quickly, especially waterfowl that sink into ponds and lakes. The best dog breeds for hunting alert hunters to nearby potential targets by making non-verbal signals. Finally, the best hunting dogs know how to retrieve fallen fowl and game, without damaging the captured animal. 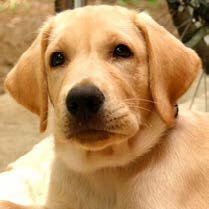 Although virtually every breed of retriever makes outstanding hunting companions, the Labrador Retriever typically ranks at the top of the list. Combine tremendous energy and a cold weather coat, and you have the ultimate dog breed for hunting fowl in all types of weather. The level of desire to find and bring back fallen prey surpasses that of any other bred. Highly intelligent, the Labrador Retriever picks up new tasks quickly, even as the breed ages into adulthood. 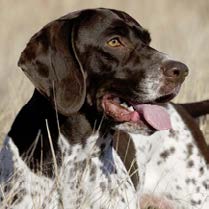 A thin coat is the only thing holding the Pointer back from earning the top spot on the best dog breeds for hunting list. Thin coats eliminate Pointers from participating in big game hunts in cold climates. However, the breed excels at finding and retrieving hard to locate fallen fowl in the thickest of brush or murkiest waters. 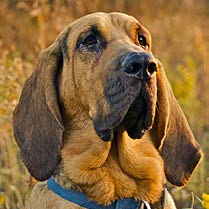 Perhaps blessed with the strongest sense of smell among the hunting dog breeds, the bloodhound methodically tracks and hunts down fallen fowl and game. The unmatched tracking capabilities of the bloodhound make the breed a popular choice among law enforcement agencies. Bloodhounds also direct hunters towards live prey over the worst walking conditions. 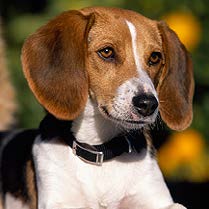 Initially bred to hunt foxes, the American Foxhound has adapted its unique hunting skills for tracking deer. Blessed with superior speed, the foxhound can keep up with fleeing deer. Not afraid of any animal, the Foxhound goes after any animal that you command.

Conclusion; The More, the Merrier

If you’re a dog person, developing a dog to help you get through difficult times is a no brainer. From nurturing the guard dog instinct of the more aggressive breeds, and honing the tracking and retrieving skills of the hunting breeds, you benefit from the best of both canine worlds.

The question boils down to what type of guard and hunting dog to develop. You prevent many of the behavioral issues that pop up in different breeds that interact with each other by training the breeds at an early stage. For example, by socializing a Rottweiler puppy with a Labrador Retriever puppy, you eventually enjoy the myriad benefits that each breed brings to the prepper table.