Bees have a symbiotic relationship with many of the plants that we eat. Bees harvest nectar from plants to turn into honey for food. In return, plants get pollinated so they can produce more plants. This dance has been going on for eons.

Humans have harvested honey from natural hives ever since they first tasted honey, and then they figured out how to create artificial hives so they could get access to useful honey and beeswax, and also to have a convenient source of pollinators.

Today, most beekeepers get around half their income from bee products and the other half from renting out their beehives to local farmers for pollination.

But, the bees are dying off in tremendous numbers.

Why Are Bees Dying Off?

There are two main causes. First, there is a tiny mite called a varroa mite. It’s about a millimeter long and two millimeters wide. Think of them as bee ticks. They suck fluids from the bees and also pass on diseases. A large infection of varroa mites will kill off a colony. 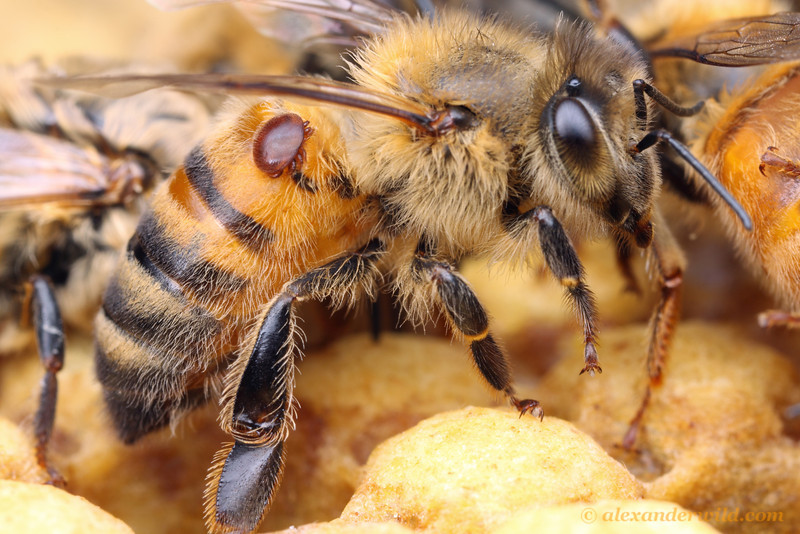 The second cause is more mysterious, but it has a name. It’s called Colony Collapse Disorder, or CCD. It’s not a new phenomenon, but it used to be very rare. Now, according to some statistics, 31% of all bee colonies in the US died in the winter of 2012. That is an astounding statistic. The signs of CCD are that all the worker bees leave the hive and abandon the queen and the hive, even though there is plenty of food and pollen in the hive, and even bee larvae.

No one is quite sure what is causing CCD, but several theories have been put forth. Here’s some of the major ones:

It could be any one of these or a combination of factors that are causing bee colonies to rapidly die. But the results are unmistakable. The plant world has evolved by and large to rely on pollinators for reproduction. According to the National Resource Defense Council, at least thirty percent of all of our food crops rely on bee pollination to survive, as well as ninety percent of all wild plants! While honey bees aren’t the only pollinating species, it is the major one. If bee populations continue to decline, we’ll have a much harder time getting nutrition and a far less healthy ecosystem as a whole.

Here are some of the crops that can use bee pollination as a way to propagate:

And a whole lot more. A big list can be found here. Some plants absolutely need pollinators to survive. Cucumbers, melons, berries, and tree fruits all require a pollinator. Some plants can be pollinated by humans, but this is a time-consuming and expensive task. Summer vegetables can be hand pollinated or pollinated through wind. However, bees assist greatly in increasing pollination rates of these plants as well.

We may not die out if honey bees were to die out, but we would lose several important and healthy crops and others would become much more expensive. Industries that rely on honey and beeswax would also be negatively affected. Bees also serve another purpose. They are an environmental indicator that something is seriously wrong, much like frogs are. When frogs and bees die off or leave, there is something wrong.

The profession of beekeeper is also threatened. Many keepers consider a 15% loss of hives each year to be an acceptable number for commercial beekeeping, but now the numbers are far higher thanks to the causes we mentioned before. Beekeepers are struggling to keep their current hives alive and to get new people into the profession so that there can be more bee stocks.

This problem has gotten more attention outside of America because they are more dependent on bees. The honey bee actually isn’t native to the Americas, and there are some native pollinators that do help. However, they are not grown commercially for use as pollinators like honey bees are. California is one place that will be especially hard hit if bee die-off continues because many tree crops are grown there.

One group of designers decided that they were going to tackle this problem by putting beekeeping knowledge and gear into the hands of anyone who wants to give it a try. Enter Open Source Beehives.

The goal of Open Source Beehives is to help normal people get into natural beekeeping in the simplest way possible to build more and healthier bee colonies. The founders of the group were not beekeepers to start. They learned about CCD and decided to put their design skills to good use.

On their website they offer downloadable plans and a manual to make two different kinds of beehives. The plans are meant to go through a CNC machine to create a beehive that doesn’t require any nails, screws, or glue. One of the designs can even be made out a single sheet of plywood. The plans come with a manual with assembly instructions and the basics of keeping a beehive along with a bibliography of additional books to read. 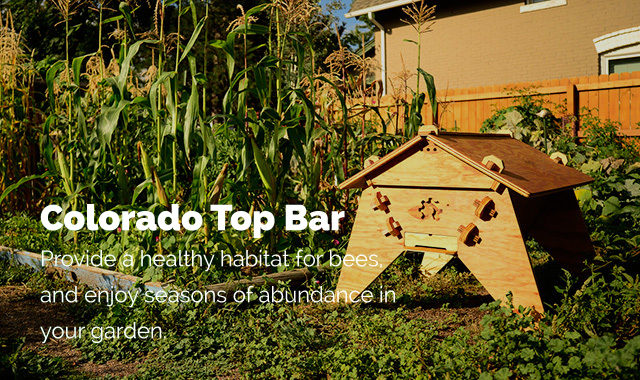 Here’s how to make and assemble the Colorado Top Bar Beehive:

2. Find a CNC machine or a local maker group with access to one and get permission to use it. Most people will be glad to help out. There is a list of maker groups with CNC machines on the discussion forums at community.opensourcebeehives.net

4. Load the files into the CNC software and cut out the pieces, then coat them with a layer of linseed oil for weather protection.

5. The pieces lock together with peg system. Put the back leg pieces and the side boards together, then slide pegs into the exposed holes.

6. Slide the base plate through the front entrance along the grooves until it fits into the slot on the back panel.

7. Add the follower board to the cavity, along with as many top bars as you need for your colony. These bars will form the basis for your honeycombs. It helps to paint a little beeswax on protrusion along the bottom to coax bees into building off the bars.

8. Assemble the roof for fit, then cut a 30 degree miter into the roof panel pieces so that they lay flush against the roof beam. Pound the wedges in to make it secure.

9. Pound in the remaining wedges on the body, set the roof down on top and you’re done!

Once the hive is assembled and placed correctly, the owner can then order bees through an apiary or get instruction on how to find and capture a swarm from the manual. The manual also has references to several books on natural beekeeping to help new beekeepers find reliable sources of information that are in harmony with bee behavior and health.

The Colorado Top Bar beehive is the recommended hive for beginners due to simplicity. However, an experienced natural beekeeper may want to look at the other plan, the Barcelona Warre Hive. This is a modular hive that can hold far more bees, but is more difficult to maintain.

Giving away the plans to beehives is just the first step for the group though. They also want to build a sensor system for hives in order to collect data to discover what exactly is causing colony collapse disorder and to help beekeepers notice problems before it is too late. Variations in temperature, humidity, the weight of the hive, and other factors guide beekeepers toward problems they see in the hive. However, these sensors are still under construction, but they are soliciting help from people with coding experience, sensor experience, and Arduino experience.

Notably, they want to add a VOC sensor to the chips. By detecting and analyzing VOCs, or volatile organic compounds, citizen scientists will be able to determine if there are any particular compounds that build up in a hive prior to collapse. Open Source Hives plans to correlate the data from all over the world to find out what exactly is killing the bees.

If having your own beehive isn’t allowed in your municipality, or if the idea of having a buzzing hive in your backyard is frightening, there are still ways that you can help bees thrive. The way to do it is by building bee-friendly habitats where they can get a wide variety of nectars and pollens. A colony that has lots of options to eat is healthier than one that has to eat from a monoculture, much like humans.

One useful place to start is to begin planting the vegetables we mentioned that need pollinators. Planting fruit trees, berry bushes, and a yearly crop of cucumbers and tomatoes would be a great way to start. Many herbs are also pollinated by bees. Anything with a tall flower stalk works well, like lavender, hyssop, mints, lemon balm, and fennel.

If flower gardening is your interest, just about every type of flower will attract some sort of pollinator! Go for variety. However, if you are putting in a new garden then check with your nursery to make sure that the plants you are buying are organic. Nursery pesticide use could be another big reason why colony collapse disorder is happening. Consider learning how to grow flowers from seed, or seek out an organic nursery.

Another thing you can do is avoid using insecticides and herbicides around your property. Creating a toxic environment for bees in an effort to eliminate another pest is no way to keep the bee population thriving. Look for non-toxic ways to get pests to move out, like sulfur powder, insecticidal soap, or BT.

Also, you can start shopping organic as much as you can. The more that people buy organic, the more profitable organic farming becomes and the more farmers will want to plant organic food. That means more crops that aren’t covered in pesticides.

Finally, find out if there’s a local apiary in your region and talk with them about their bee problems. Bees are so necessary that many beekeepers are quite willing to talk to you about their operations or even tell you where to get a package of bees and the other gear you need. However, make sure that their operation follows natural beekeeping methods. You may want to read up on natural beekeeping before you talk with them so you can discuss this.

If the challenge of beekeeping excites you, why not build or buy one of the open source beehives and install it in your yard? It’s the best way that you can participate in saving the bee population.