HI, IT'S DAN. I’ve answered your most frequently asked questions here. Not BS ones like “How can I pay you more money NOW?!” but real, nuanced questions about whether Self-Reliance 365 is right for you. I’ll always be honest with you, and I’ll tell you whether this membership community is right for you or not.

“What if I don't even have any land?" You do not need land to join Self-Reliance 365. In fact, we’ll show you exactly what to look for when buying land in an Execution Plan called The Rural Property Purchase Checklist. We've also got upcoming Execution Plans covering how to get and grow food in the city, how to purify water no matter where you are, setting up a vertical indoor garden, and more. Many of the exclusive discounts will also benefit you no matter if you live in the city or the country side.

"How is Self-Reliance 365 different from other programs on the market?" This is the only course (to our knowledge at least) that doesn't hype up a new "revolutionizing system" of self-reliance or gardening, but rather is focused on preserving and sharing the knowledge and skills of our forefathers.

Self-Reliance 365 contains an ever expanding tome of knowledge on producing your own healthy food, clean water, cheap and natural shelter and safety. You’ll get access to over 10 Execution Plans with case studies and step-by-step instructions. New Execution Plans are added every full moon and new moon.

"How do I know if I'm ready?" You’ve seen the examples and case studies at WaldenLabs.com. You’ve likely seen the details of Self-Reliance 365 on this page. And you may have read my material for years. You have enough information to decide. Now it’s up to you. I encourage you to look inside and decide if this is right for you. It’s natural to have doubts. We all do — the invisible scripts around striking it out on your own are so deep, they often hold us stagnant for years. If Self-Reliance 365 truly isn’t for you, don’t join. We’ll part as friends with no hard feelings, and I’ll continue sending you my free emails. But if you’re ready to break the shackles of your job, your calendar, and your consumerism dependence, Self-Reliance 365 can help.

Over the past year we’ve shared our progress and ideas on living the self-reliant life through Walden Labs, and we've reached over one million people across the globe.

With Self-Reliance 365 we’d like to take you behind the scenes for a closer look and a deeper education. One that will pull back the curtain on the topics, tactics, and step-by-step strategies that don’t show up in public blog posts.

Over the last couple of years, we had to first figure things out for ourselves, making numerous mistakes and costly missteps along the way.

We’ve also sifted through a decade of the best tips, tactics, and strategies from a mountain of expensive training programs, books, live conferences, podcasts, websites, and years of research – all while making sure to filter the stuff that matters from the rest.

With Self-Reliance 365 you’ll get easy to follow, step-by-step checklists, or “Execution Plans” as I call them, that will help you build your self-reliance and personal independence one step at a time.

The goal is simple: To allow someone who isn’t an expert to follow the steps in these plans and achieve similar results.

There’s a reason for why doctors and fighter pilots use checklists. If you follow them step by step they simply work.

…an Execution Plan is more like a “checklist on steroids!”

Here’s how it works:

We take a scientific approach to building self-reliance. It’s all about creating systems that can be easily duplicated by others.

And like any good scientists, we DOCUMENT each strategy in step-by-step “Execution Plans” so our best ideas could be repeated and rolled out across the globe.

They’re all meat and no fluff. If you want back story and theory, go read a blog post. Execution Plans are all about taking action and getting results as quickly and easily as possible.

How long will it take to get access to the Execution Plan Library?

Your login and access information will be sent to the email address you provide, and you will find instructions on the next page that explains how you can access the Execution Plan Library inside of the members-only area.

Who should NOT join Self-Reliance 365?

If you'd rather stay dependent on Big Agriculture for your food security than grow your own... i.e. if you'd rather buy the dead, processed "zombie foods" in the supermarket than eat your own homegrown fresh and nutritious food, then don't join Self-Reliance 365.

If you'd rather stay dependent on Big Banking and the stock market to "protect" your life savings than invest in real assets - assets that make a direct difference in your daily life (even something as simple as an apple tree) and that can't be taken away from you, then don't join Self-Reliance 365.

If you'd rather rely on Big Energy and a fragile power grid for your electricity than produce your own electricity and heat your home for free with passive solar heating, then don't join Self-Reliance 365.

And if you'd rather depend on Big Government for your "freedom" and "security" than take responsibility for the protection of yourself and your loved ones, then don't join Self-Reliance 365,

I have a feeling you don't fit the above description though, because then you wouldn't be following Walden Labs. You're awake, and you know what self-reliance is all about. Freedom.

So Who Should Join Self-Reliance 365?

For many modern families - that connection with the Earth... the gift of honest labor... and the rewards of not needing anyone else to provide for you or your kids... are flat out missing... Self-Reliance 365 helps you reconnect yourself, and your kids, with the Earth.

If you're younger than 40, forget "retirement". You won't get a cent from the government because by then they'll be dead broke (they already are!). But if you're a retiree or close to retirement, think hard about building your self-reliance and resilience while there's still time.

Do you know the most dangerous place to be when crisis strike? The cities. But there are things you can to do become more resilient. You can still grow food and build your independence in the city, and we'll show you how.

Emergency preparedness is step 1. Proper preparations will get you through most short term crises. If you want to survive and thrive for the long term though, preparedness is not enough. Step 2 for any dedicated prepper is to pursue long term self-reliance..

Want true personal freedom? Forget voting. If voting could change anything they'd make it illegal. Instead, vote with your actions. Build your independence, like the founders of America did before they broke free from King George of England. Self-Reliance 365 will point the way.

Permaculture books and courses often cover high level concepts such as zones, pattern design and earthworks. But they usually fall short on the nitty gritty details. This is where Self-Reliance 365 picks up and will show you e.g. how exactly to design and dig a swale, how to build a passive solar air heater, and more.

Do you want to live free and not be dependent on Big Government, Big Banking or Big Agriculture? Then read on to learn what Self-Reliance 365 can do for you.

Why didn't we learn to be self-reliant in school?

Here's a take from Bill Mollison, the "father of permaculture" and founder of Permaculture Institute Tasmania 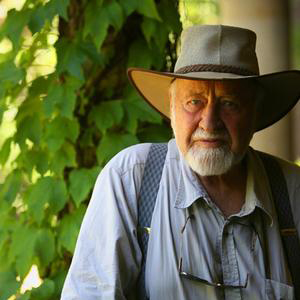 We know how to solve every food, clean energy, and sensible shelter problem in every climate; we have already invented and tested every necessary technique and technical device, and have access to all the biological material that we could ever use.

The tragic reality is that very few sustainable systems are designed or applied by those who hold power, and the reason for this is obvious and simple: to let people arrange their own food, energy, and shelter is to lose economic and political control over them.

Behind Self-Reliance 365 you find Walden Labs, a company based out of the Rocky Mountains in Denver, Colorado.

We originally started out as a website called Resilient Communities back in 2012, co-founded by John Robb, a counter terrorism expert, former USAF pilot in special operations and author of Brave New War: The Next Stage of Terrorism and the End of Globalization, considered a classic on 4th generation "open source" warfare.

Last year the company was reborn as Walden Labs, and are right now focusing on spreading the best practical solutions for self-reliance and decentralized power.

And who's behind Walden Labs right now you ask?

We're a small team (and like to keep it that way), each pursuing self-reliance and freedom in his own way. We know quite a bit about what it takes to be self-reliant, and in the areas we feel we're lacking we go out and find the best experts in the world to pick their brains, so you can always count on us providing up-to-date and quality info.

The CEO and co-founder of Walden Labs, Dan, is currently establishing a new resilient homestead and Walden Labs research site up in northern Sweden. Before Dan took over the reigns at Walden Labs he was the COO of Sovereign Man, a multi-million dollar enterprise helping people internationalize their lives and assets (like opening up a bank account in Singapore, or pursuing a second citizenship in Paraguay, or investing in farmland in Chile).

Ask Dan and he'll tell you that there are many amazing places on this planet, but there's no place like home. And that's what Walden Labs is about - creating the home of your dreams and turning it into a productive asset.

The amount of education and advice you’ll get from your Self-Reliance 365 membership is off the charts. And at less than 14 cents a day, it’s also a steal. For ~$4 a month (you'll be billed $49 for the entire first year), you get all the Execution Plans, and Checklists, discounts on self-reliance tools and products, and much more. Your membership renews at only $79 (billed annually) from year two. That's only 22 cents per day!

Try Self-Reliance 365 risk-free for 60 days. If you’re not bowled over with the value you’re getting for your small investment, we’ll cheerfully return your initial payment and never charge you again.

Are there any commitments?

Not only are you covered by our 60-day money back guarantee, you can also cancel at any point during the first year and we won't charge you ever again without your permission.

There are no hidden contracts or extra fees. You pay $49 for your first year, then if you decide after your first year that you simply love Self-Reliance 365 don't do anything and we'll renew your membership automatically at only $79 per year (~21 cents per day). That's it.